We went to the city amusement park and zoo today. It is about 2.5 miles away so we took a taxi there and back. We got to see parts of the city that we had not seen yet. On the way there we even saw a pink dog. Yes, someone had painted their dog pink. We came back a different way that took us in front of the train station. It was the busiest place we seen since arriving in China. It was $1.50 each to get in and the baby was free. Right after going into the park there are many rides which cost extra, none of which we tried. There are two Ferris wheels, one bigger than the other and located on top of a large hill. We didn’t go up the hill this time because we were a little tired from all the walking we had done the previous days. Instead, we circled around and went to an animal show that is included in the price of admission. Although most of the people found the show entertaining, we noticed that the animals really weren’t into putting on a show. We felt it might be more entertaining if the trainers didn’t have stick and whips. We wouldn’t wish anyone to get hurt but it just didn’t seem fair to watch the animals being forced to do something at threat of pain for our enjoyment. After we left the show we continued to circle around and looked at several animal enclosures. There was one with some bears in it and one had figured out that when it sees people that if it sat up people would throw food. He was a real ham. There is another section next to the park that has many traditional Chinese looking buildings we would like to go back to some time. When we bring Suzanne back we would like to go on top of the hill and maybe even ride the big Ferris wheel. It was a pretty windy day and the baby was getting tired of sitting in the stroller so we went home. On the way home we stopped at our favorite restaurant and had some fried rice. 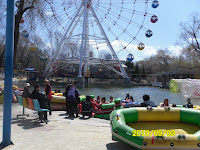 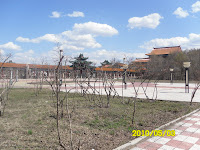 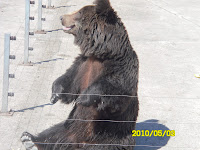 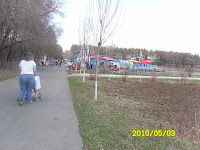 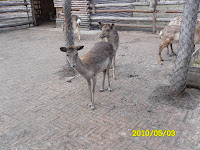 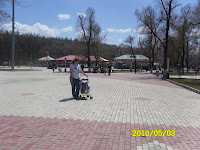 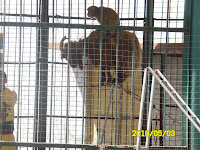 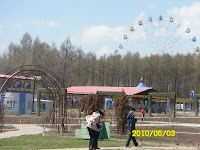 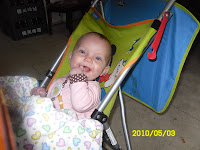