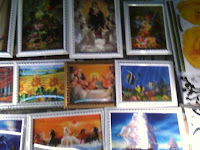 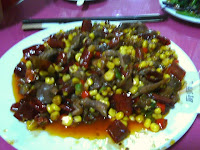 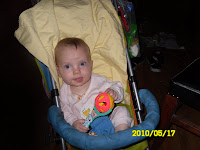 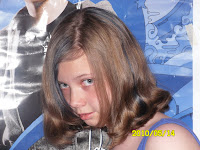 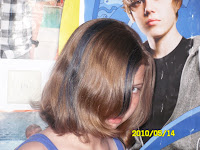 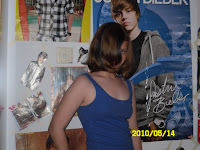 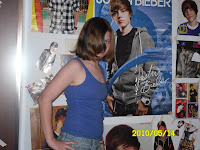 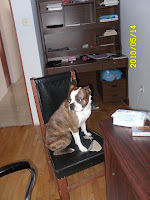 Suzanne wanted to show off her new room with the extra posters sent from home and her new cool blue hair. Spot was waiting by the computer for grandma to call on Skype. Yesterday Suzanne and Deb went down to an open air market and walked around. Today they showed it to me and we got them some badminton rackets and birdies. We also walked through the fish market. The entire walk there and the entire area is nothing but one store, stall or vendor after another. It was very crowded with about 15 to 20 thousand people out, and this was problably a slow day. After we left the market we made our way to the river, which only had probably just over 5 thousand people, and had ice cream at TCBY. We had our first walk along the river since it thawed out. The weather has been around 70F lately and when it isn't raining it is very nice. What grass there is has turned green and the trees have leaves on them. There are buds on the bushes and soon there will be flowers blooming. Normally this time of the year there would have already been flowers for the last three weeks but the winter was extra cold and long. While we were walking along the river we saw many people, around 200, in the same clothes performing organized marching to music. Before we went home we tried a new restaurant we found near the apartment but the food was not as good as it looked. We like to try something new each week. At least this wasn't very expensive. It was only around $7US. We paid $10US at TCBY. TCBY is a once a month treat. Destiny is playing with her new rattle we got her Sunday on the way home. It cost $0.45US for two. She loves it. While in the two story open air market, there was a stall that was selling hologram pictures and two of them showed Jesus. I forgot the camera today so I only could take a picture with my phone.
at May 17, 2010