Today is National Day, China’s version of America’s Independence Day. I am not a Sinophile, although I am learning more living here and writing this blog. October 1st is the anniversary of the founding of the People’s Republic of China in 1949, and is celebrated as the National Holiday all over China (not to be confused with Double Ten Day, which is National Day for the Republic of China, Taiwan). On this day back in 1949, the Chinese people, under the leadership of Communist Party of China, declared victory in War of Liberation. A grand ceremony was held at Tiananmen Square. At the ceremony, Mao Zedong, Chairman of the Central People's Government, solemnly declared the founding of P.R.C. and raised the first national flag of China in person. 300,000 soldiers and people gathered at the square for the grand parade and celebration procession. In recent years, the Chinese Government extended the National Day Holiday to one week’s time, which was called the Golden Week. It is intended to help expand the domestic tourism market and allow people time to make long-distance family visits. This is a period of greatly heightened travel activity. The other Golden Week is the Chinese New Year. 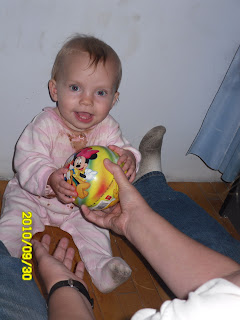 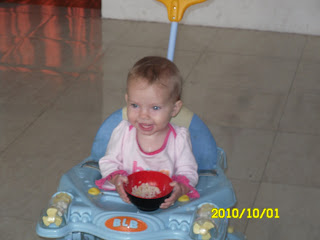 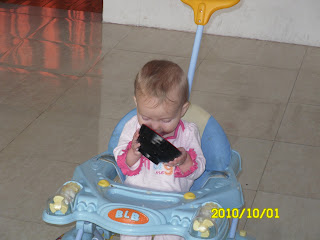 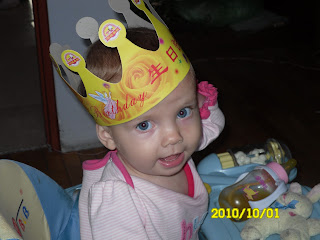 Susan has gone off exploring today with one of the other Ivy teachers and the rest of us are going to go for a walk to two parks with the dog and return home after going by New-Mart and the downtown area to see if there are any festivites. Tonight we are preparing dinner for Yen, one of the TA’s, who has been a great help to us in the past when taking DJ to the hospital or to see the doctor for anything.
at September 30, 2010