I went to Bible study with Deb yesterday morning. Some of the ladies brought their kids since they were out of school. It was a really good time. One of the ladies gave Deb a gift just like she had given Sharon. It looks very beautiful and is now hanging in our living room. 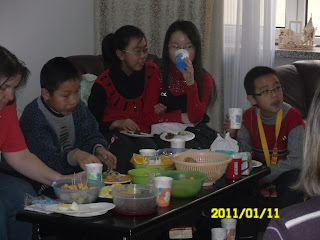 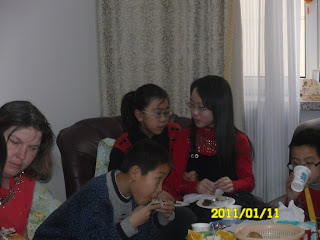 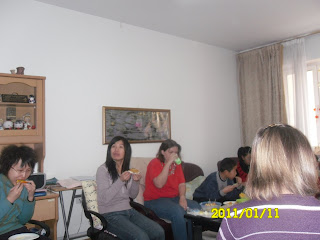 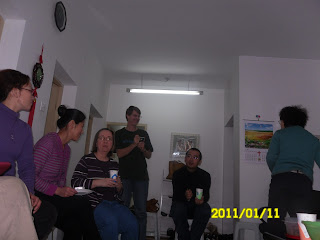 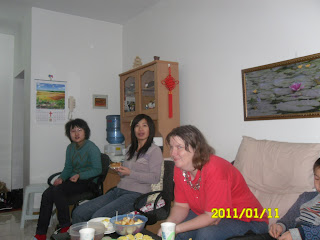 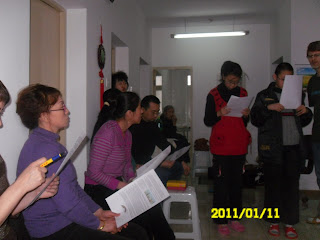 The school had provided furnishing for the apartment when we came but ours didn't have a table. We decided to buy a table since we are staying another year. Yesterday, after Bible class, Deb and I went to the local furniture outlet and found a table and chairs for our apartment. We looked at several kinds, glass and wood, small and big. We had an idea that we wanted something that could change from small to large so we could put it to the side when we weren't using it and pull it out and make it bigger when we have company. We found one that we liked and they wanted 2000 RMB but we wanted to finish looking around before we made a decision. We found one just like the one we liked at the end of our search, and they only wanted 1650 RMB. We negotiated down to 1400 RMB and got them to throw in delivery and assembly. We did all this by ourselves without a translator. The only help we had was the name of our housing area, building and apartment number that was wrote down on a piece of paper by one of the Ivy School staff when we first came here. 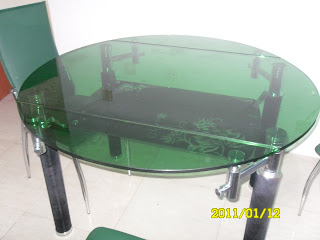 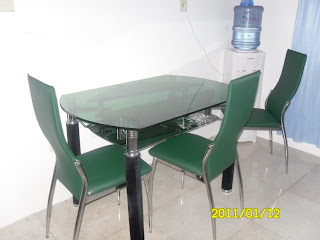 We also bought a new wireless router for the computer so we could move it from the office into the living room. Then we changed the office into DJ's new bedroom. Now we have our bedroom to ourselves again. When I buy something like this in the states, it comes in English, Spanish and half a dozen other languages, but here it is only in Chinese. It wasn't easy to install without knowing any Chinese but thank goodness I have a natural talent with computers. 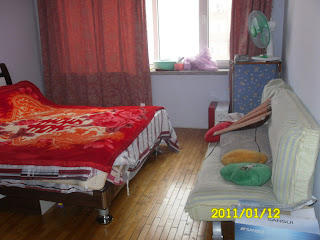 Starting next week, for six weeks, Deb is going to have the Bible study group over here while Leroy and Sharon are on vacation. Suzanne and I moved things around this morning. Deb went shopping for some slippers and stools for our guest, and some Chinese new years decorations. 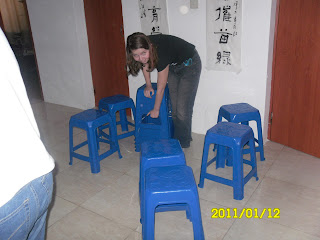 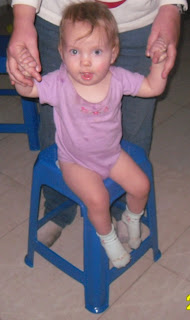 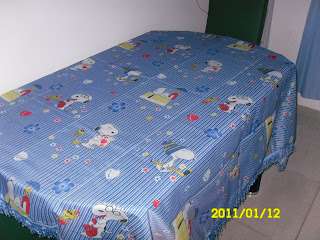