In memory of a son, brother, husband and father, TIM PARKER. 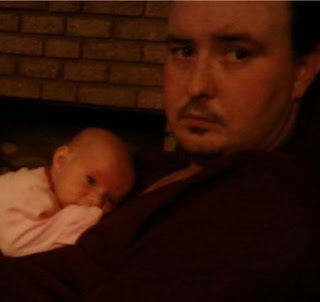 Some things in life are easy, like making the decision to marry the woman of your dreams. Some things are perceived as difficult, such as a father taking care of his only baby girl. Both of these things are life changing and help define a man's character. Any man can say he loves a woman, but to show that love,  loyality and caring to that woman by marrying her is a blessing for both the husband and wife. It is also a wonderful thing to be married to your best friend. When two such people have a baby, the baby is a product of pure love and will grow up to be someone special.
Tim Parker was and forever will be Kathy and Johnny's son, Debora's brother, Tina's husband and Kimberly's father.  I am proud to say that  I knew him as an honorable man. He never faultered in thinking of his wife and daughter. He provided for his family in every way he could. He tried to spend as much time with them as possible. He was a very good father and roll model for his baby. I know she loved him and he loved her as much as any father loves a daughter.
It is never easy when someone in your family that you were close to, like a brother, dies. It is even harder when it happens suddenly. Living on the other side of the world and being unable to go home for the funeral and pay your respects is about as hard as it gets. Debora wrote the follow, to be read at her brothers funeral.
Friends and family, this is really an unexpected loss.

Being Tim's sister, we did not get along all the time, but we loved each other very much though. I also know that he loved his dad, Johnny, our mom, Kathy, his wife Tina and his daughter Kimberly very much also. He may not have had a lot of time with his daughter, but you better know he made it count. She loved him dearly.
When I told Timmy that I was going to move to China, he said ok and then later on he said that he would always love me regardless of where I was. I always knew that I could call and talk to him about anything. Even if he did not have an opinion, he would listen.

He was a great son, brother, husband, and father. He loved his family very much. I know that he was very proud of Kim. I am sorry that Kim lost her dad when she was so young, there are so many things about trucks that she may never know now.
Tina, you may feel like you are alone, and that nobody cares, but you will always have so many people that knew and loved Tim around, that you should not ever feel unloved.
We love and miss you Timmy. Glad you are not in pain anymore though little brother.
I hope that heaven has plenty of truck shows for you now, and that you can drive as fast as you want to.
We love you.
Deb, Carl, Susan and DJ. 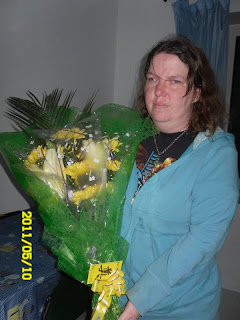