Play date for Suzanne and DJ. 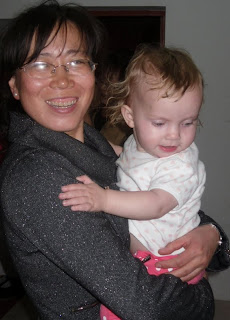 This is Deb's friend Leann from the tuesday meetings. 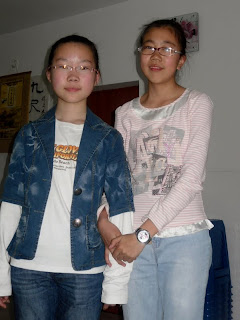 This is Cindy and Alice. They are 'sisters'. They are probably just cousins. Because of the one child policy, many kids will call their cousin, brother or sister. Alice is Leann's daughter. 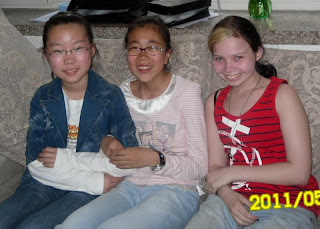 Cindy and Alice do not speak much English but I think they could all be good friends. 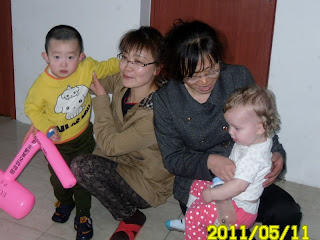 Leann is holding D.J. and the other woman is Kim with her little boy named Mike. Mike is about two months older than D.J. 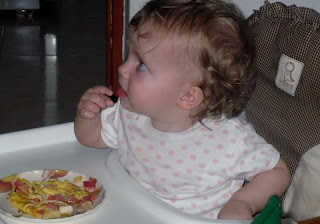 D.J. was more interested with our guest than eating. 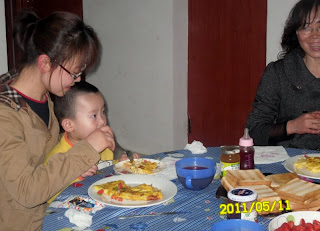 I fixed western omelets and toast for dinner. They had never had omelets before. Mike loved his so much that I had to fix him another. 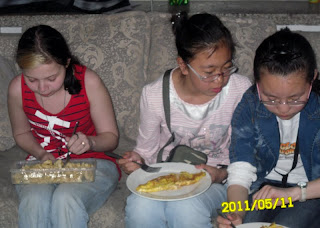 Suanne didn't want omelets, so she had left-over cheesy pasta. 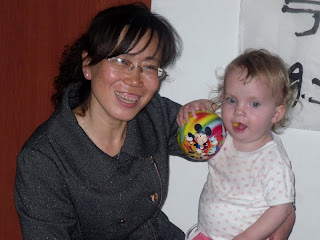 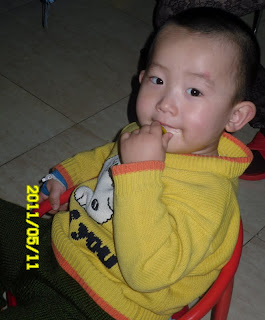 Mike was a little scared by everything new at first, but soon settled down. 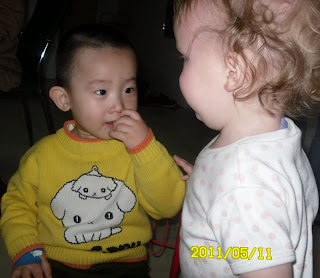 Mike and D.J. were not quite sure what to make of each other. 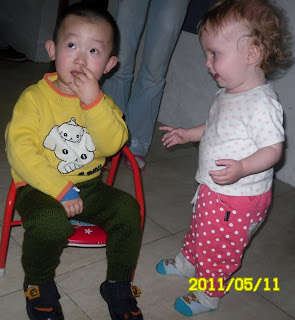 You can see here that Mike is as tall sitting as D.J. is standing. 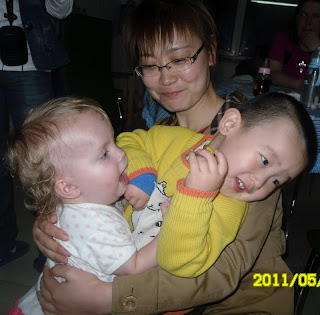 Kim was trying to get them to hug and he wanted nothing to do with it. 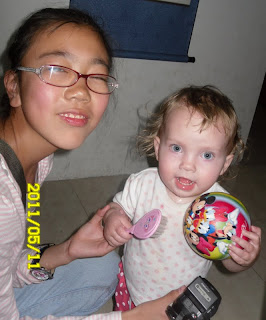 D.J. liked Alice too and was blowing her kisses during dinner. 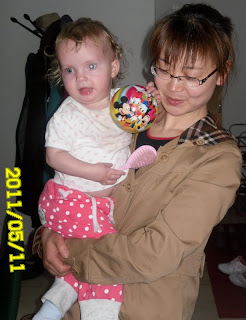 D.J. even let Kim hold her for a picture. 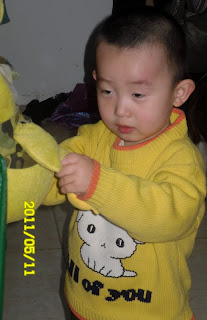 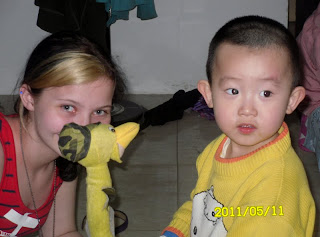 Mike was even starting to make friends with Suzanne before they had to leave. 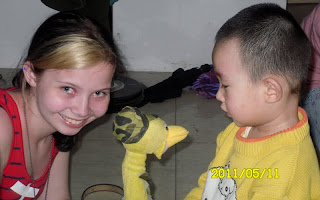 Suzanne was so good with him. 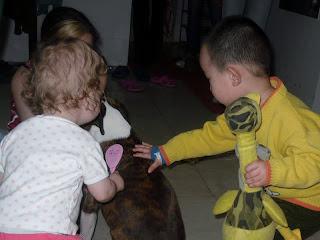 Mike was also starting to make friends with Spot. 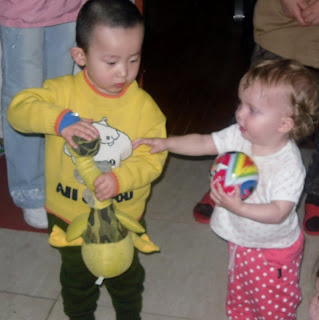 I think if they had more time, they would have played for hours. Maybe next time. 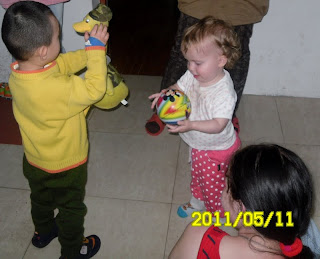 He didn't want to go. 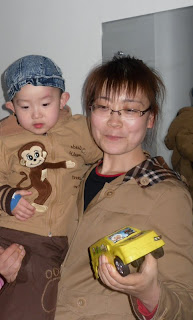