A couple nice days this week. 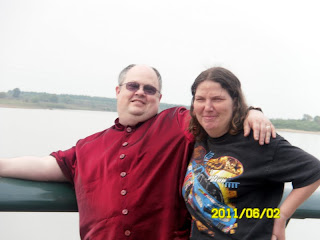 There were a couple of days this week when it wasn't raining and I wasn't working that we got out and enjoyed the day. 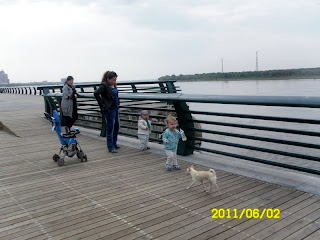 One of those days we went down to the river. 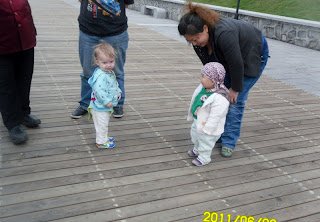 DJ makes new friends every time she goes out. 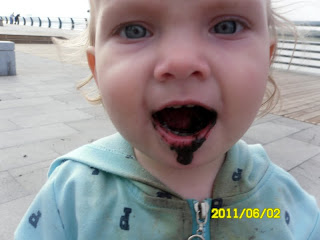 This is not chocolate. There was a planter nearby that she kept trying to play in. 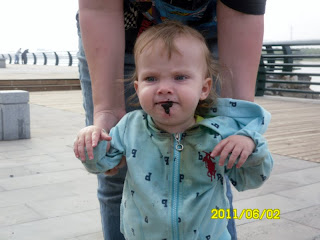 One of the times none of us were watching, she ran for the planter, not to play, but to eat. 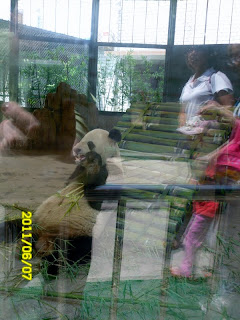 Our zoo has on loan a Giant Panda. There are less than 2,000 in the whole world due to a history of man first hunting them and later clearing forest to make room for cities or more farm land. About 250 pandas live in zoos. They are mostly in the high mountains of central China. We thought this might be something special to see. 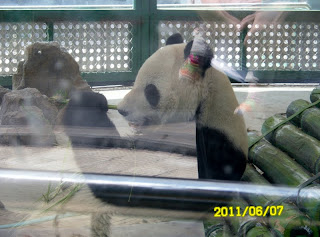 Panda's are meat eaters but do not hunt, so they mostly eat bamboo. The Giant Panda eats about 30kg of bamboo every day. There are over 200 kinds of bamboo but they only like about 20 of those. They also eat small animals like birds and mice. In the zoos, they also eat some fruit and special cookies. 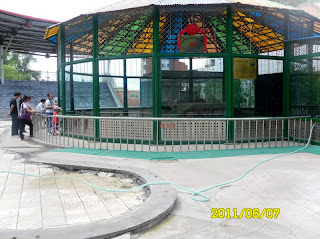 Panda's live alone. The females are old enough to have babies at around 6 years old and can only get pregnant once a year. The males fight for the right to be the females mate and after they are forced to leave. 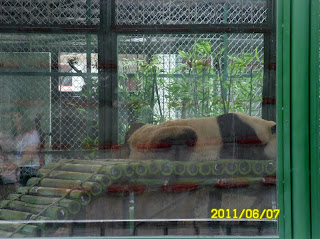 They give birth five months later and the babies are no bigger than an adult human hand. They will nurse from their mother for about eight months and after one year they are as big as a small 10 to 12 year old human child. 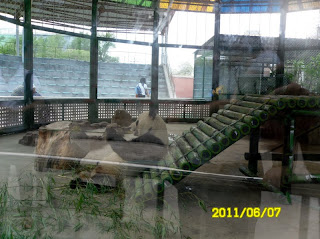 Panda's will only raise one cub at a time, so if they have more than one, they have to choose which will live and which will die. The cub is full grown after two years and the mother will make it leave. Pand's live about 20 years in the wild and 30 in zoos. 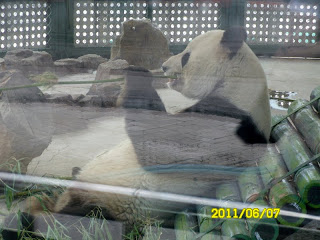 There are two kinds of panda, the Giant and the Qingling. The Qingling has a smaller head but larger molars. Unlike the familiar black and white for the Giant Panda, the Qingling is dark and light brown in color. There is another animal that lives in the same area as both kinds of panda that is called the Red Panda. The Red Panda is not a panda, but instead is related to the raccoon or skunk, and is much smaller than the panda. 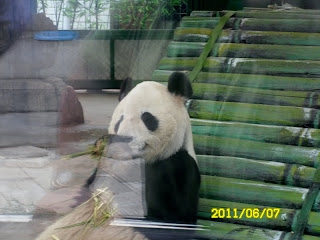 Panda's are the only bears that do not hibernate during winter. They are usually very mild tempered but will fight to protect their young or if they are provoked. An adult panda standing on its back feet can stand about five feet tall and weigh around 160kg. 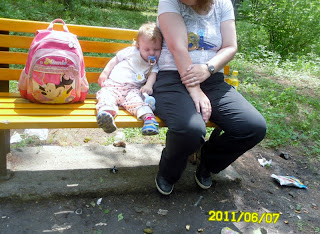 Dj was so tired after viewing the panda that she had to stop and take a nap sitting on a bench and leaning against her mother. She slept and snored for about an hour. 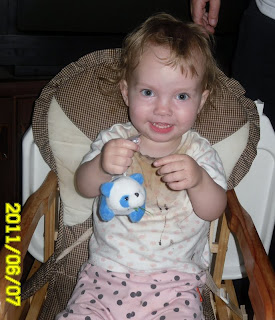