Carl had the day off, so we wanted to go to see the Great Wall. That meant a lot of walking and getting up early etc. The rest of the crew decided to stay home, but we wanted to go. When we went to catch bus 936 at Dongzhimen, a lady dressed in a bus shirt told us it would be quicker to take bus 980. It didn't take us to the right place or even anywhere near the wall, but at least it was only 3RMB each way for one person and was an air conditioned bus with a nice view of the countryside. 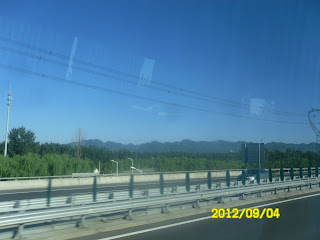 Mountains in the background 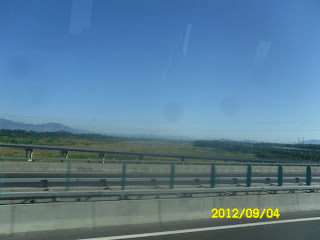 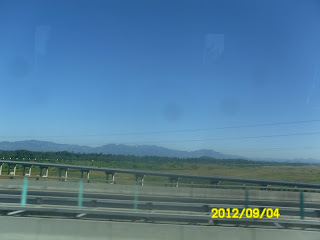 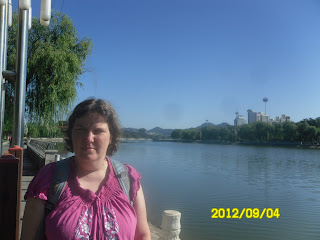 When we got off the bus, we were in a smaller town. 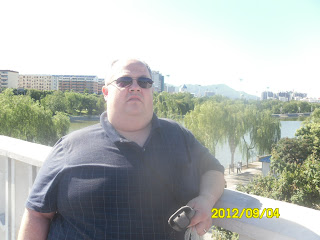 It looks nice enough huh?
It happened that the person that we thought was ok to get off the main bus with, was a crook. So, when we got off then the cabs to go to the wall were high priced ones.
We had a nice outing, and got a few bus rides.
Did we see the Great Wall? Not this time.