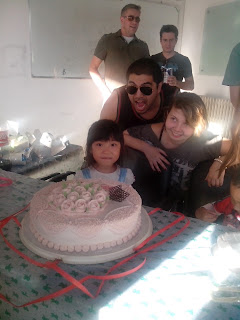 Our boss, Andy, was giving a birthday party for his daughter, Chanly, on Sunday. It was also Mid-Autumn (Moon) Festival. Suzanne, Deb and I went. She turned five. It was also a staff BBQ. In the back are two of the other foreign teachers, Eric and Fred. Behind Suzanne is one of the Andy's friends and foreign manager, Gabriel. 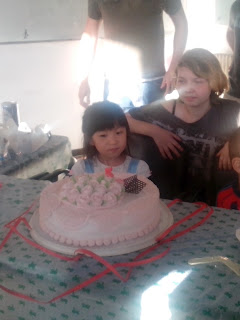 We met Andy's mother from Hong Kong and his famous artist uncle, Willy Wang, who lives in Houston. 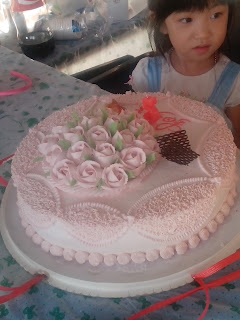 We gave Chanly a Barbie and some clothes. I have her in several of my classes. This cake taste much better than the moon cakes they eat for Moon Festival. 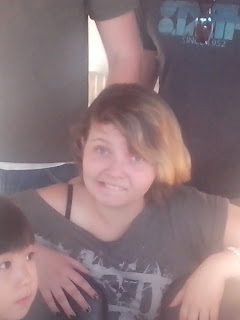 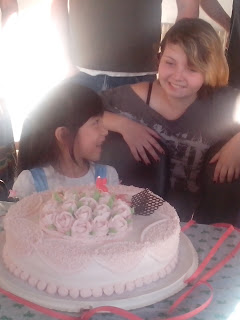 We had just finished singing Happy Birthday and she was ready to blow out the candle. 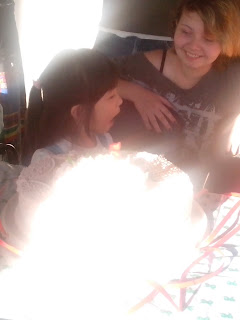 Then her two year old little brother blew it out before she could. She was very upset.
at October 03, 2012