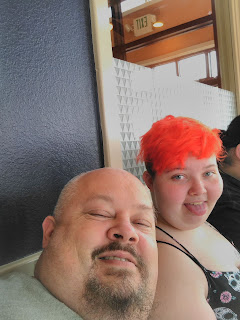 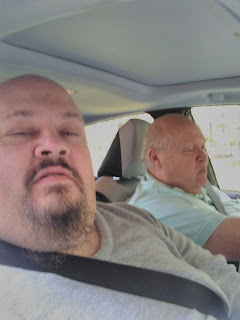 This past weekend, I went to Little Rock with my older daughter to see and have lunch with my father on his birthday.

The restaurant we were going to go to didn't serve for lunch what my daughter wanted to eat, so we chose a different restaurant and told my father to meet us there instead.

We arrived at the restaurant and he wasn't there, so we waited. I tried calling him, but he wasn't answering, because he had left his cell phone at home.

After waiting for 45 minutes, we guessed that he went to the same restaurant, but at a different location, since this was a restaurant chain with at least four or five locations in the city, so we went ahead and ate without him.

My daughter's birthday is the day after my father's birthday, and she wanted to go to a shopping mall. We left the restaurant, and drove to towards the mall.

Before we arrived at the mall, the stopped working in the middle of an intersection. We had to push the car into a parking lot. I took a look under the hood, and discovered the belt that works everything had come off, because some bolts had broke. 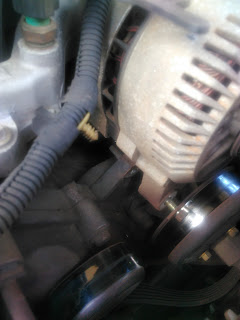 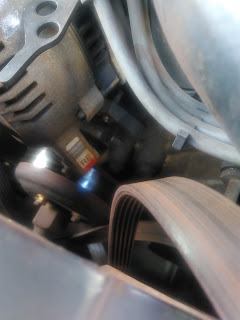 Now at this point, different people would handle the situation in different ways. Some might panic, and not know what to do. Some would call for a tow or a mechanic. Some could try to fix it themselves if they knew how. I knew how, but I felt the easiest would be to call a mechanic. I later learned that this was the wrong decision.

The mechanic came about an hour later, and said he could repair it. Four hours later, he told me that he had to order the correct size bolts, and that they would not be in until the morning. He said he would be back then to repair the car.

Now, for this next part, I know there are many people that would tell me that what I did next was a big mistake, and I agree. My daughter had also brought her boyfriend, and her boyfriend's brother with us, so I called my mother to drive two hours from our home to come get all of them.

In the meantime, my father had returned to his house and called me. He agreed to come get me, and let me stay overnight with him, since he lived not too far away, so I could get the car the next day when it was fixed, and drive it home.

I wanted to meet the mechanic the next day after he was finished with the car, and I would pay him then. Since I was going to stay overnight with my father, I decided to go to church with him the next morning. What happened next is the part where most people will disagree with what I did next.

The mechanic said he could fix the car in the morning while I was at church with my father, and if I paid him in full now, he would leave the keys with me, and I could pick the car up at anytime. He seemed like an honest guy, so I agreed.

The next day, after church, we went to check on the car. It was still sitting there just as I had left it. I contacted the mechanic, who told me the bolts he ordered at the parts store had not come in yet, and that it would be later.

We waited three more hours, and then I took matters into my own hands. I went to the parts store, and found some bolts that would work. I bought an inexpensive tool set, along with the parts I needed, including a new belt for the car. I borrowed a special tool I knew I would need to install the belt. And then I went back to the car and fixed it myself in only about an hours time.

If I had done this yesterday, it would have only cost me $45, and would have been fixed in an hour, instead of staying overnight.

When I went to church with my father that morning after the car broke, I learned that God wants us to talk with Him. He wants us to not only pray, but to simply communicate with Him. God still wants us to bring our problems to Him, but He also wants us to ask for advice. And then, after asking for advice, we should listed to what He has to tell us. If we regularly talk with God, and read the Bible, God will communicate back with us through the Holy Spirit.

The main lesson to learn here, is that I should have stopped after the car broke, and talked with God to ask him what I should do. He might have told me to fix it myself. Or, he might have told me to call the mechanic anyway, since that course of action led to me being able to stay overnight with my father and spend some time with him, including going to church together.

As a believer in God and that He sent His Son, Jesus Christ, to atone for our sins, we not only have the opportunity to communicate directly with God, but we have an obligation to do so on a regular basis. God is with us always, whether we choose to acknowledge Him or not. And He cares for us with great love. He is the perfect father, teacher, lord, and master.
at October 02, 2018